Her Yearning for Blood, Triple-length (80-page) Episode Four coming within the week...

As promised, Episode Four of "Her Yearning for Blood" is a whopping 80+ pages, and it hits bookstores within the next week. The first episode is FREE everywhere! 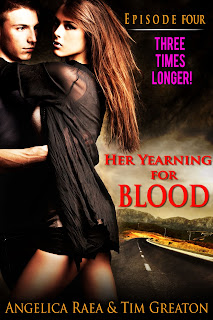 In Episode Four, not only is jealousy and rage flowing like beer in the little town of Groacherville, Maine, so too is danger. While Evan finds and battles the Dillon berserker, Kayla has her hands full with Carlson from Boston. In the midst of his life and death battle with the zombie, Evan encounters the vampire equivalent of kryptonite. Meanwhile, Paul falls prey to something even worse.


Against her will, Kayla is forced to call the Boston clan of vampires and learns they are willing to dissect every "rogue" vampire in Maine if that's what it takes to uncover Evan's secret to longevity. As tensions in Boston continue to boil, the brutal vampire leader Thomas invokes a forbidden wolf ritual in a last ditch effort to save Belinda, his queen, from the final flames of death.

Some Great Sites to Watch:

Tim Greaton
Southern Maine, United States
Tim Greaton lives in Maine with his beautiful wife and three amazing children. They share 7-acres with 1 dog, 2 cats, and a population of ducks that varies with the weather. He's a full-time corporate writer and novelist. His fiction, non-fiction and advertising work has appeared in forums all around the globe. 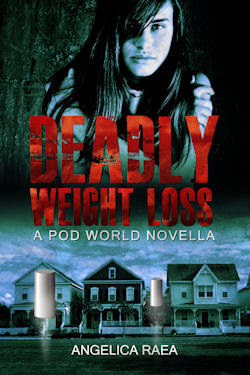 Samantha Collins finds herself in a sadistic, experimental weight loss camp. Is it possible that the alien pods are involved?

Her Yearning For Blood. Episode One is FREE everywhere!

Her Yearning For Blood, Episode Two

The town of Groacherville is placed at risk when two vampire worlds collide!

Though Skip has suicide on his mind, the Samaritans have other ideas.

A major movie studio asked us to extend the ending to the first book.

With Maine teenage corpses stacking up and her life crumbling around her, Lead Detective Priscilla Harris seeks out a red-gloved stalker who is either a murderer or a saint.

The pain doesn't end at death

Bones in the Tree

Why did she ever move back to Maine? Karen has one disastrous date after another.

Zachary Pill, Of Monsters and Magic

The FREE first book in this exciting new fantasy series

Zachary and his friends at Station End are attacked by Orcs

Zachary Pill, Against the Troll

When Gefarg the Troll kidnaps a toddler, Zachary, Bret and Robin plan a terrifying rescue.

A pilot struggles to survive after he is forced to fly his ship to a battlefield graveyard in deep space.

A collection of dark tales that will have you changing your locks and constantly watching behind you. 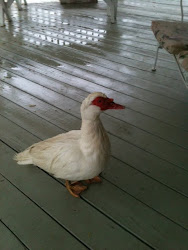 On the porch he loved so much